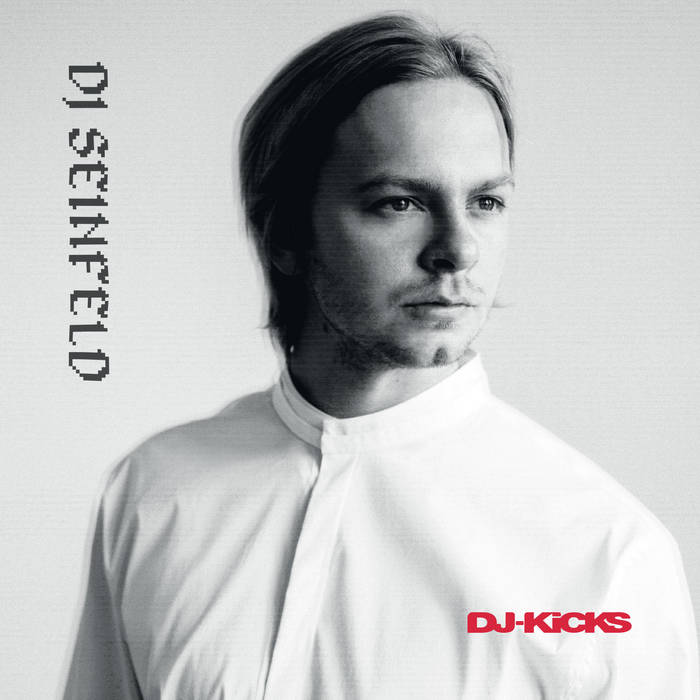 !K7 announce new DJ-Kicks curated by DJ Seinfeld The next instalment of the series is set for release on CD, LP and digital on 13th July, 2018.

The first chapter of Armand Jakobsson’s musical career has been nothing short of remarkable. After establishing himself with rough but emotive house as Rimbaudian and jungle as Birds of Sweden, he unveiled his DJ Seinfeld alias to the world, first with underground hit single ‘U’, then with his Time Spent Away From U album on Lobster Fury in November 2017. It was a post break-up love letter to the dance floor with heart-on-sleeve emotions colouring the dusty and analogue house grooves. Acclaim came in from far and wide, with everyone from Rolling Stone to Pitchfork fawning over its heart swelling nostalgia and melancholic immediacy.

Since then, Jakobsson feels “everything around me changed beyond recognition, people and places I relied on for stability and comfort were no longer the same,” and so it has been a time in which he has had to find himself once again. Musically that means diversifying, and as such the Swede has veered into jungle, breaks and electro, as well as plenty of rough edged house, and continues to serve up electrifying DJ sets across the world.

Jakobsson approached his DJ-kicks with the intention of representing all the things that made him fall in love with dance music more than a decade ago, as well as showing some of the progression that has occurred in that time and “reflecting the simultaneous fear of leaving something safe behind as well as the excitement of venturing into unknown territories, musically and emotionally.” In order to make it as personal as possible, he called upon the many talented people around him making music. They returned with an enthusiasm that reminded Jakobsson of his own early passion, and in turn invigorated him and the whole process of assembling the mix. It was finally recorded at Inkonst club in Malmo because, recently back from years in Barcelona, he has not yet set up a studio in his hometown.

The mix opens with a pensive ambient piece that was written around the time of the album. “Having it be the first track was kind of a nice way to sign off from the album, but also to connect the story from that part of my life to this one,” says Jakobsson. From there, smooth deep house from Andras, Fantastic Man and Rudolf C slowly awakens your dancing spirits, Jakobsson assumes his Rimbaudian alias for some trippy slickness, and the exclusives come thick and fast from the likes of Australians Roza Terenzi and Sleep D. Next to well established artists like FaltyDL and Project Pablo are lesser known names like Chela Una and Mor Elian, with two more of Seinfeld’s own tracks taking the aliases in new directions but helping to tie the mix together.

Musically things remain colourful, with slippery electro grooves, more cosmic synth work and dusty broken beats all ensuring a steady dance floor pulse remains but never at the expense of a real sense of charm and character. This is a mix that glides effortlessly from start to finish; from rushing highs to dark and driving lows, with a gamut of emotions and standout tracks all seamlessly fused into one storytelling whole.

DJ Seinfeld’s DJ-kicks is not only a testament of his characterful DJ skills, but also a complete artistic statement that showcases his unique vision of dance music.

Bandcamp Daily  your guide to the world of Bandcamp